For Myrta Hayes, working with clay is like an addiction, or a labour of love.  Her work is constantly evolving and she is happiest when creating in her little workshop/studio.  She is always experimenting with new techniques, such as using metal salts for a watercolour-like decoration, this effect is especially beautiful on semi-translucent white porcelain. Another technique Myrta has used is the transfer of black-and-white print media to give her work an aged print look.

Myrta creates functional vessels using an electric kiln and has tried various other firing methods for non-functional items, such as raku and sawdust smoking. In addition to working on the wheel she also does hand-building. Lately she has been experimenting with coloured slip, sculpting, carving and silk screen on clay  -  who knows where that will take her. Her development of special glazes is a work in progress.  She also loves the touch of white raw porcelain. Her work often depicts animals and plants which shows her love of nature (she has a background in biology). 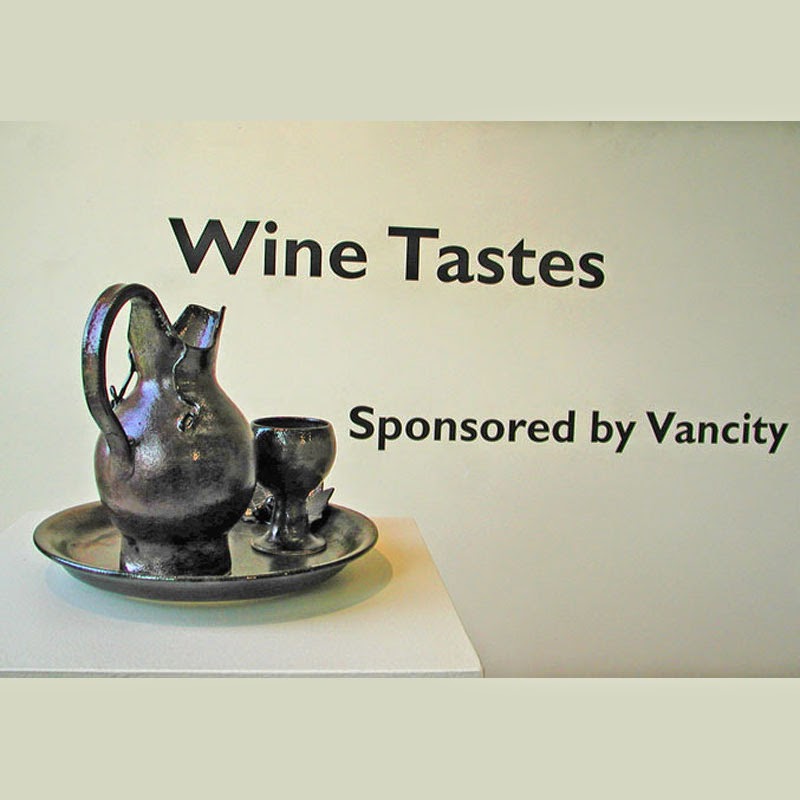 A variety of Myrta's work can be found year-round in the Blackberry Gift Shop at the Arts Centre in Port Moody and sometimes at the Fraser River Discovery Centre in New Westminster.

Click here to read in browser and to see slide show.

Welcome to the Blackberry Artist's Society blog. We are a cooperative, encouraging and supporting local and emerging artists in and around Port Moody.
We operate The Blackberry Gift Shop located inside the Port Moody Arts Centre. This is where we showcase our members' works and offer them for sale.

Promote your Page too

This is a Flickr badge showing public photos and videos from Blackberry Artists. Make your own badge here.